These last weeks has been really exciting! Thanks to Divine Robot (the company where I work) I’ve been able to get more work done on the game than I have in years, and it’s so much fun finally being able to make all those ideas I’ll been having a reality.

Finally we have an editor in the game, and thanks to that editor I’ve been able to start working on the campaigns. It’s not much right now, only one level that works mostly as an tutorial. But this level have set the foundation for the upcoming campaign levels. So with each new release from now on you will see more and more campaign levels coming out in a faster phase.

Dwelvers development is going faster than ever!

These last weeks have been really productive. We have revamped the surface world, got a level editor in there and started on the campaign levels! It is all going really smoothly 🙂

Here comes the big news! The company I work full time at (Divine Robot) have agreed to help me finish Dwelvers. So now I’m back to working a lot more on Dwelvers with the help of graphic artists and project managers.

The main plan now is to focus all the resources on getting a fully functional level editor into the game so that we can start making campaigns. And with these campaigns we need new enemies and more game content.

First of all let me just say Happy New Year! I hope that this new year will bring you all as much fun and excitement that I hope it will bring myself 😛

So Dwelvers v0.11.18 has now been released on the website and on Steam! This new version has filled some gaps in the old UI, I’ve mentioned earlier that I got some suggestions on remaking the resource bar in the top of the window that showed some of the items in the game. I thought these suggestions were really good because one issue with the old UI was that it was tedious for the player to get information about how many units of a item type they owned. Usually it required the player to go into the items menu and search for the item type, and this is something I really wanted to avoid. I want the player to have all the information they need right in front of them so that they can make quick decisions without having to click around, and the old items menu counteracted that purpose. So since the last update I’ve been working on getting rid of the items menu and making its options available in a new improved resource bar instead.

Dwelvers 0.11.15 has been released on Steam! It has been over a year since the last update on Steam so this is a really big step, My hopes have been to turn some of those negative reviews around about the game being abandoned.

So to make this release as good as possible we have done some serious bug-testing on the Dwelvers forum. Three weeks ago I released Dwelvers exclusively on the Dwelvers website, and during that time up until now the forum users have been really good at reporting all the bugs they could find. Well, they have reported small bugs and big bugs, and in total they reported 85 bugs. And 81 of them has been solved 😀

So my hope now is that this will be the most stable release ever on Steam!

Dwelvers 0.11.5 has been released! Up until now version 0.11.2 to 0.11.4 has only been about bug fixes and therefore I’ve not made a big fuss about making a whole news post about it. But this version has a new big feature into it as well, and as we are getting closer and closer to the Steam release I really need your help to find all those nasty bugs and confirm that I’ve solved older bugs.

So I’ve finally added a achievement feature. Hopefully this will give the players a greater sense of accomplishment. I’ve seen really impressive dungeons built by some of you players, and I feel bad that I haven’t let the game confirm the feeling that what you have done is special!

Right now I only have a handful of achievements, but I’ve got no problems increasing this list. So if you have any ideas on new achievements just let me know 🙂 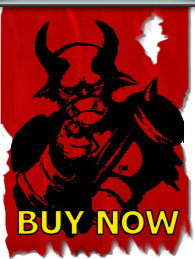 Imps are too busy

It seems like imps in this game have just way too much to do.  This makes jobs take too long, produc [...]

The song in the background was familiar to me when I was playing and I finally figured out what it w [...]